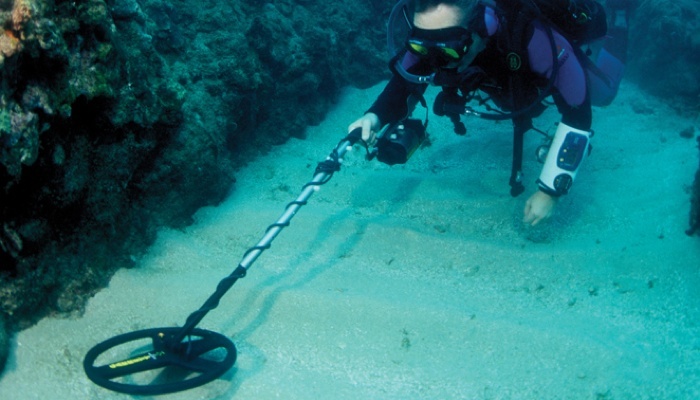 Have you ever walked along a beach to stare out into the sea, wondering what kind of mysteries lie beyond? While the world’s oceans have millions of unfathomable secrets, it’s a known fact that there is a LOT of gold in there: 20 million tons of it, in fact. With the current market price of gold being $38.69 per gram, that’s about $702 trillion worth of gold in the oceans and that’s not counting sunken pirate treasure! To put things into perspective, the gross world product of 2018 is estimated to be just under $80 trillion, meaning the gold in the oceans is worth more than eight times all the goods and services that the entire world has accumulated this year.

But before you start buying a boat and some diving equipment, consider this: much of this gold is dissolved in the seawater, with the rest buried deep beneath the ocean floor. Studies have shown that there is approximately 1 gram of gold for every 100 million metric tons of water in the Atlantic and North Pacific Oceans. This means that even if there is a way to efficiently extract the gold from the water, you will have to go through 40 thousand Olympic-sized swimming pools to get a single gram!

In spite of this, many companies, governments and intrepid inventors in the past have tried. Although some have found ways to chemically isolate trace amounts of gold from seawater, none of these methods so far have been economically or environmentally viable. As for the gold that’s at the bottom of the ocean, there’s still no mining equipment that can handle large-scale commercial extraction at such depths. But for any would-be inventors out there, don’t let this deter you! New inventions are discovered every day and it’s only a matter of time before this riddle can be cracked!

Until then, you’ll probably have better luck looking for hidden treasure maps!